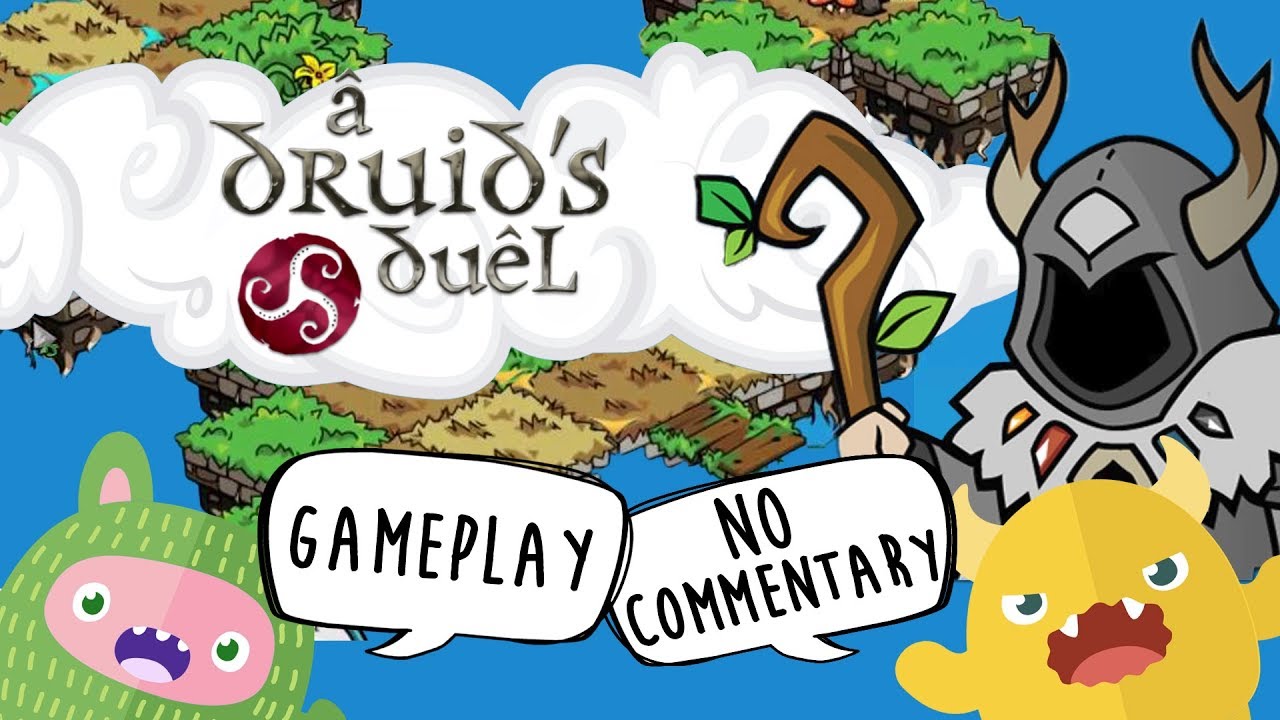 A fun tactical, turn-based, land grab type board game. Easy to learn, hard to master. A Druid’s Duel gameplay for 15 minutes with no commentary so you will get a good impression of this game. Read the full review and more info below.

A Druid’s Duel Review:
The main rules of A Druid’s Duel are pretty simple to learn, but hard to master. There are no random elements involved so it all comes down to strategy, tactics and your wits.

You start off with a grid type playing field with different types of druid’s on both sides. There are 4 types of druids. Each druid has their own abilities which you use to move around or attack enemies with. Every turn you move the pieces around on the board and the opponent does the same. And every turn you spend your mana, by either transforming into animals, placing new pieces on the board or build bridges. Mana is the big component in this game. The more lands you own the more mana you will get.

When you move around you can grab lands which will give you more mana. You can lose the mana if the enemy gets the land back in return. You can attack and kill your opponents with one hit making this game feel a bit like chess. However with the mana you can buy new pieces and place them on the board again. The game ends when either side has no lands left.

The Bad:
– Good music, but can become repetitive
– Can become boring after playing for a long time

It is a very fun game, especially for the first 4-7 hours, but it can become a bit repetitive after a while. It is very fun to play casually every now and then.

A Druid’s Duel Game Information:
Welcome to the Realm of Six Seasons, where the predictable cycle of nature’s seasons has turned constantly since time began. But now, something is wrong.

A bright summer’s day ends in a snowy winter’s eve. The next morning brings a burst of colorful autumn leaves and even that is followed by a surprising deluge of springtime rains. Something (or someone) is tampering with the precious Seasons, making a complete mess of the Realm.

The Druids of the Esoteric Orders have long fostered this fertile landscape and tended to this delicate mystical balance. And it is up to Warren, a young druid fresh from his Esoteric Training, to discover what is causing this disastrous mixing of Seasons.

A Druid’s Duel is a fast paced turn-based strategy game set in a world of Celtic lore where players can create and destroy the board by harnessing the power of nature.

With a game board that changes based on players’ actions, and units that each have powerful animal abilities, you’ll need to stay focused and never let your guard down.

Whether it’s the single player story told across more than 130 levels, local or online multiplayer for up to 4 players, there’s enough variety for new and experienced players.

Nothing is random in A Druid’s Duel. A simple set of rules governs the board, allowing the game to be learned quickly, with various difficulty settings to match your current ability. But at its highest difficulty expect to spend months mastering the nuances that manipulating the board can create.

Questions, suggestions, game requests?
Please leave them in the comments 🙂